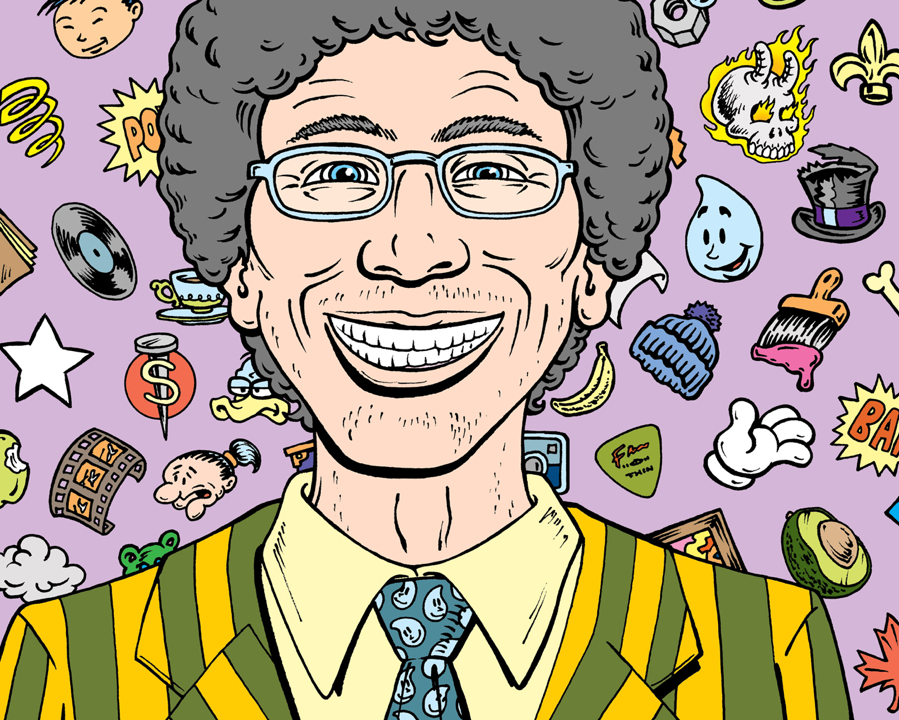 Hey Drippy fans! We’ve got big news: The Dripping Boat, the final instalment of Julian Lawrence’s The Adventures of Drippy the Newsboy trilogy, based on the works of Stephen Crane, will be published in 2020! Join Drippy, Harry, Bleeker and Zot in The Dripping Boat, as they battle waves, wind, wits, and wills. Following a shipwreck, the four find themselves stranded on a lifeboat, frantically trying to reach an invisible shore. Rub a dub dub, four men in a tub…but how many will return?

1. What is it about Crane’s work that captured your imagination?

I first heard about Stephen Crane when I was a kid. I was fascinated by the album cover artwork on The Beatles’ Sgt Pepper’s Lonely Hearts Club Band, and curious about the various people standing around the band. I researched the many movie stars, vaudeville performers, musicians, artists, and authors featured on the album art: Aleister Crowley is there (twice apparently), as is Edgar Allan Poe, William S. Burroughs, and Stephen Crane. I read Crane’s book The Red Badge of Courage and was moved by his simple and effective storytelling style. He was a pioneer in realism and a journalist who wrote empathetic stories of disadvantaged people in unfortunate situations. He passed away when he was 28 but, despite his young age, left behind an impressive amount of influential writing.

I also use my adaptations of the Crane books as examples when I visit schools as artist-in-residence. I teach students and their classroom teachers ways to collaborate as a group and transform the particular novel they are studying into a full-length comic book. I use the Drippy books (Drippy’s Mama and The Red Drip of Courage, but soon to be accompanied by The Dripping Boat) as well as the original artwork, thumbnails, and sketches to demonstrate to students what an adaptation can look like. In this way, they engage with learning and can make connections to school curriculum such as comprehension, literacy, and art.

2. Why did you choose to parody The Open Boat, instead of one of Crane’s other works?

I wouldn’t necessarily call my adaptation of Crane’s The Open Boat (which I’m calling The Adventures of Drippy the Newsboy Volume III: The Dripping Boat) a parody. I am trying to stay somewhat faithful to the original story’s rather serious themes, though there is some humour along with the drama in the comic. I’ve chosen The Open Boat because the plot presents a compelling conclusion to the graphic novel trilogy I’ve planned out for Drippy and his gang. The trilogy begins with Volume I: Drippy’s Mama whereby all the characters in Drippy’s world are introduced. This is followed by Volume II: The Red Drip Of Courage, which is an anti-war story. However (spoiler alert ahead): In The Red Drip, many of the characters introduced in Drippy’s Mama are slaughtered, leaving behind just four of the original Drippytown gang: Drippy, Harry, Zot, and Bleeker. These are the four shipwrecked and unfortunate souls who struggle for survival in The Dripping Boat.

I am struck by the way Stephen Crane uses realistic language for dialogue, which he contrasts with poetic, sometimes epic, narration. Additionally, his protagonists are regular people who speak in plain language and harbor complex personalities. I attempt to emulate this by drawing characters who are fairly simple and cartoony in design but who are emotionally complex and caught up in detailed and dramatic environments of heavy cross-hatching and black & white contrasts. I transfer Crane’s realistic dialogue from the pages of his books into the speech balloons in the comics. In this way, I depict the simple authenticity of figures who are trapped within a complex ground. A form of Gestalt shift can be achieved when we extend the figure/ground metaphor from cartoon characters performing in a comic book to people, such as you and me, in the real world.

Conundrum Press is located in Mi’kma’ki, the ancestral and unceded territory of the Mi’kmaq People.

Due to an unexpected website issue, we are not currently able to fulfill orders through the Conundrum Press website. Our books are widely available from indie bookstores, comic shops, and chain stores!